Why is music so powerful? 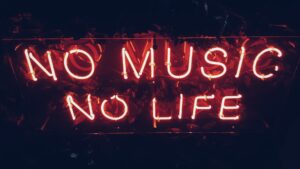 First, let’s understand what music is. Music happens to come from a certain arrangement of sounds. Well, the definition seems quite simple, but what makes it so powerful is that we begin to perceive or feel emotions towards a particular song.

It is not just about playing with words, they are particularly about sounds set at different frequencies or vibrations. There are different kinds of music and every kind sets distinct moods and emotions in people.

The reason why it influences us extensively is that sound is the basis of creation within and around you. Every planet, star, and living and nonliving things emit certain vibrations that make it manifest into physical existence. So, essentially music can bring joy, tears, love, and other experiences in one’s life.

You might be probably thinking why words don’t matter so much as music? Words do matter but they give meanings to them, which are created by humans. They convey more of a psychological pattern. But the sound is an existential structure. It is a living reality for everything happening in the cosmos.

For instance, if somebody sings in a language that you don’t know, you probably wouldn’t understand any of it because you want to know the meaning. But the nature of the sound is not like that. If it is arranged in a certain geometry of things, it touches you to the very core of your being.

How music affects the brain 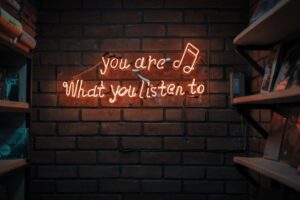 The vibrations travel to the ear canal, tickles the eardrum, where it is transmitted into an electrical signal and head to the brain stem and is organized into something that we perceive as music. It is structural and mathematical while our brain does most of the work to make sense of these notes.

The brain responds to sounds in various ways. If someone liked a song in their childhood, and when that person listens to it after a very long time, a part of his/her brain begins to light up. That’s because there are certain emotional memories connected to the brain.

Now, for instance, there is this music which is more of a rock n roll pattern and there is another which is classical. Your brain responds to both of them very distinctly. A person listening to rock n roll would want to go crazy, shout and do things vigorously.

Whereas, a person listening to classical would want to be calm, collected, and engage in things in a peaceful manner. So, the kind of music is what impacts the mental, emotional, and physical being. Our choices predict our personality.

How does it impact us?

Music is a great tool for a lot of reasons. Some of which are:

1) It improves brain health and its function. It makes you smarter, happier, and more productive.

2) It sets you in the perfect mood when you have to be at a certain occasion or a party. Well, that’s the reason why most hotels, bars, weddings, or gatherings play different musical genres.

3) It has a major role in human cultures. People from all around the world respond to it in a universal way. It wouldn’t be fun if there is no music.

4) Music makes you feel more optimistic and encouraging so that you have control in your life. It also increases the endorphin level which helps to cope with any painful situation.

5) Listening to it also increases a neurotransmitter known as dopamine, it’s a feel-good and “motivation molecule” which acts through pleasure like when you eat a chocolate or after sex or a workout session.

6) It also brings forth voluntary behaviors which are intended to benefit others such as kindness, empathy, thoughtfulness, and cooperation. These are scientifically known as prosocial behaviors.

7) It is also a source of creativity. When the music is particularly upbeat and labeled as “happy”, people come up with more creative solutions and ideas compared to those who don’t listen at all or listen to other kinds.

Related: What are subliminals and how do they work?