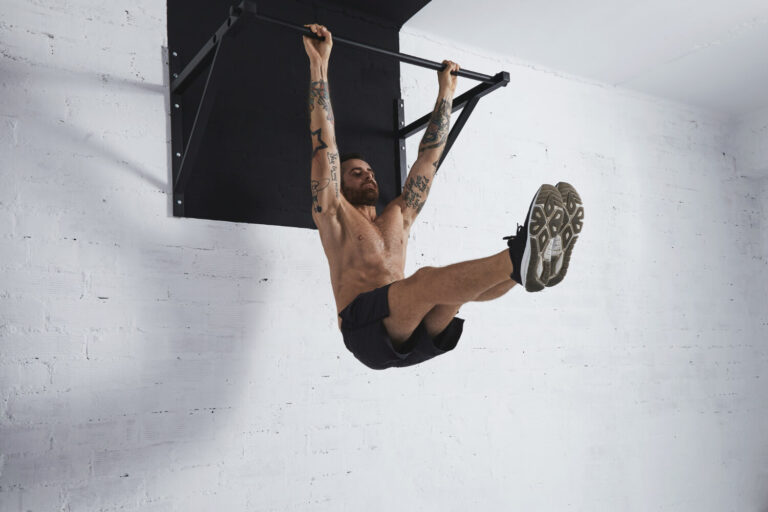 Calisthenics is a type of exercise that includes bodyweight exercises and specific advanced movements. A calisthenics workout contains different compound movements grouped together, which activates the whole body.

There are several differences between weight training and calisthenics.

Weight training focuses on heavy lifting, whereas calisthenics, on the other hand, focuses on mastering a movement.

Now, if you ask whether to start your fitness journey through weight training or calisthenics, I would recommend calisthenics. The reason is that following a calisthenics workout will build your base physique.

It will build strong core muscles, including abs, obliques, lower back, forearms, joints, and ligaments. If you start weight training from this point, you will have much more strength and endurance to cope with heavy weights.

You will be able to perform exercises at the gym with more ease. It will prevent injuries and muscle cramps. In a way, I feel like combining calisthenics and weight training is the best thing one can do.

Bodyweight training: Calisthenics use only body weight as resistance rather than external weights. So, you can do these exercises anywhere at any time. You don’t need to use only your body as resistance, but once you master the basic movements by using your body weight, you can use weights like dumbbells or barbells, resistance bands, or just anything that adds resistance.

Low risk of injury: Here, there is comparatively less risk of getting hurt or injured. Whereas in weight training, the risk of dropping weights on the body, performing with the wrong posture, or getting blacked out is possible.

High endurance: The rep ranges in calisthenics are usually high, which helps increase muscle endurance. Whereas in weight training, the rep ranges are below 20, focusing mainly on muscle strength and size rather than endurance. This is the way to go if you play any sport requiring endurance.

Compound movements: Calisthenics exercises have almost all compound movements that use nearly the whole body every time, activating our core. But weight training isolates the muscles and trains them separately.

More-core engagement: Calisthenics workout targets the core in almost every exercise, making the core so strong that you would no longer need other core exercises.

More core strength leads to more body control which helps you in every real-life activity that you want to do. You can easily do weight training after you train in calisthenics.

How to start calisthenics

You might have looked at some calisthenics athletes performing unique movements like a muscle up or flags. Trying these exercises as a beginner is not recommended.

It would be best to start with basic bodyweight movements like a pushup, squats, planks, etc. Never try any add any advanced movements to your calisthenics workout until you have your basic movements right. It takes time to build strength in your muscles, joints, and ligaments.

Once your muscles, joints, and ligaments gain strength, you can slowly add advanced movements in your calisthenics workout.

Things to keep in mind while working out:

Practicing difficult moves: Never try complex moves or progressions before building basic strength. Calisthenics needs skill that develops with practice. Once your muscles, joints, and ligaments are strong, you can try advanced movements. Gaining strength and endurance is essential.

Overtraining: Choose a program that suits your current body status and lifestyle. Do not overtrain by doing too many exercises or reps in one go. This will only make you lose muscle and never reach your goal. (2)

Bad range of motion: The range of motion is the most important in any training, especially calisthenics. Calisthenics needs the basic core muscle engagement and grip strength more, so go full range every rep every time.

Using too much momentum: Do not use momentum in any exercise. You will do only the reps, but there will be less or no muscle engagement. If you want to train any muscle or progress in any movement, you must do the exercise without momentum.

Pushups are the ones to start calisthenics with. They work on upper body muscles such as the chest, triceps, and shoulders. At the same time, pushups help strengthen our core muscles such as abs, obliques, glutes, quads, etc., if you do them correctly. You should add pushups to your calisthenics workout. (3)

Pullups are the second exercise that strengthens the back, biceps, and forearm muscles. It makes the body posture great, and it also increases the grip strength. Pullups are hard to do if you are a beginner, so you can try Australian pullups so that you add strength to your back before you do pullups. (4)

Squats are exercises for our legs. The primary muscle that is engaged in the basic squat is the quads. There are variations of squats for targeting different muscles of the legs.

Sumo squats target the glutes(butt) and inner thighs, narrow squats target the outer thighs, one-leg pistol squats target one whole leg putting more focus and weight on only one leg, and split squats also do the same, but the angle makes it more challenging. Add squats and their variations to your calisthenics workout.

Lunges are the exercises to work the hamstrings(back of the thighs) and glutes(butt). These also help grow the core. There are different variations of lunges, such as one-leg lunges, walking lunges, reverse lunges, elevated lunges, etc.

This exercise will improve your game if you play games like badminton, tennis, football, or even running. You should add lunges to your calisthenics workout to build your leg.

Dips are an upper body exercise for strength. A narrow grip trains the triceps and front shoulders, and a wide grip trains the chest, especially the lower chest. This exercise also has variations that depend on the angle of the upper body. Overall, dips are a great way to shape your chest and triceps.

Crunch is an abdominal exercise that trains mainly abs and obliques to an extent. Crunches are the main abdominal exercises. There are variations for this exercise, such as side-to-side crunches, which target different core muscles.